It’s very concerning to see an attempted misdirection of the American people on behalf of current black political leadership. America can no longer avoid the reparations discussion without starting with a number which represents the injustices and cruelty of slavery, Jim Crow, segregation, and modern racism. Some experts have calculated the “reparations tax” should cost American citizens who aren’t descendants of American slaves about 16 trillion dollars, as a starting point for discussion.

The reparations discussion has been going on for the better part of my life time. Certainly, by now our black leaders must have come together and discussed an amount of funds that would sufficiently provide economic justice to black American descendants of slavery. Many of our so called leaders just want the subject of reparations to just be forgiven and forgotten. The Hill recently released an article, “Senate Democrats wish talk on reparations would go away”. The truth is that the discussion and demand for economic justice will not go away. Even as other black leaders in positions of influence and authority spoke on behalf of the discussion these leaders refused to admit economic justice is now due.

Our politicians, religious leaders, and influential faces of media are very fearful of upsetting other powers. It is looking more and more like the current leadership needs to be replaced with experts that are going to present solutions that will empower black communities. The current generation of black political leaders need to be replaced with black leaders who are experts in economics, entrepreneurship, technology, and medicine. These new black leaders given the responsibility of pushing their communities forward regardless of special interest groups and outside factors. It has to happen this way, because the current black leadership just isn’t getting the job done.

First and foremost black constituencies are calling for leadership to shape economic policy with the data which is already available. This policy must be instituted publicly, or covertly. In either case there will be no more time spent on listening to rhetoric without any power behind it.

We the American Descendants of Slaves have endured all forms of oppression possible, and will continue to endure. As for justice, the opportunity for the descendants of the accused has presented itself several times throughout the history of the United States. On several occasions policy was shaped to put black individuals and communities at a disadvantage. We will no longer accept losses of resources, capital, and opportunities being stolen from our communities. The reparations issue is not going away. It’s pushing full steam ahead everyday. If political leaders on both sides of the isle don’t want to have problems during this upcoming 2020 election cycle they’ll need to start talking numbers and putting their words in writing. 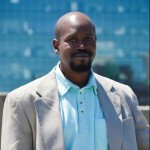 As an architect of social media marketing and new age traditional marketing strategies Garland L. McLaughlin has branded himself as the Consultingguy online.