Free labor has continued from the cotton fields to prison cells, slavery isn’t over it has only advanced, pressing upon the backbone of our Black women and men. They call us animals, but pure Whites are the endangered species. That’s why they set up a society to mentally and physically enslave us, hand their children the whip and teach them the way.

Unbeknownst to many, they are still fighting to keep slavery alive.  We may have won the battle but the war never ended. Prison systems make a net worth of $500 million dollars a year off the labor of their prisoners.

It’s fronted by the pretense of recidivism, which means to reduce the tendency of a convicted criminal to reoffend and equip them with vocational skills. The young are preyed upon and crippled, then given a cane to walk their way through a booby trapped corrupt system.

I recently listened to  a video of Krayzie Bone, a rapper from the 90s generation, who read a disturbing letter that lead me to research the validity of it myself, “The Secret Meeting That Changed Hip Hop”.

Apparently, the elite that control, sway, and manipulate behind the scenes decided to invite major record labels and top level executives into a secret meeting to discuss a lucrative investment of the private prison system with the creative insight to use the music to manipulate, deceive, and incarcerate a whole generation.

Hip Hop took a dark turn away from politics, uplifting, educating and inspiring our people; to programming the mind to thugin’, selling drugs, murdering, no snitching, be angry, or be a slave to the system.

Here’s a quote from the letter, “I see how the criminalization of rap music played a big part in promoting racial stereo types and misguided so many impressionable young minds into adapting these glorified criminal behaviors, which often leads to incarceration.”

In the year of 2019, Wikipedia states the federal prison system alone had a revenue of $531,453,0000. Inmates earn $0.23 to $1.25 an hour, making everything from military gear to McDonalds’ uniforms, Starbucks packaging, and everything in between.

This was just one part of bigger scheme: to control, profit from, and manipulate the people legally. It’s time for us to wake up and see the chains that bind us politically, socially, and religiously.

The institution of slavery is not designed for only Blacks anymore. The system is set up to entangle the weak, easily deceived, minority, the proud, and the poor. When we start to think for ourselves and consider other versions of  truths, we are labeled conspiracy theorist and there are the loyal robots who stand patriotic to the cause. Let’s unplug ourselves from the matrix and see beyond the illusion of this reality. 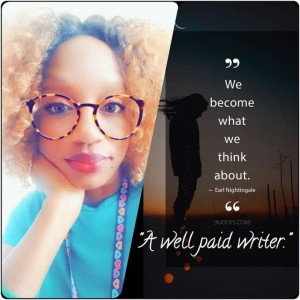 The media, advertisement, music, television and celebrities are all misused to manipulate the way we think,

Global pandemic, the Chinese government’s social credit system, and the Holy scriptures. These three have one