Not that she had much Black voter support while in it, but others did make gains once she left

Since no one else is going to look at it, we’ll do it. Two of the latest major 2020 Democratic nomination polls offer us a glimpse in to sudden shifts in the primary landscape after the abrupt departure of Kamala Harris from the pack. One of the major questions in the wake of that exit: Where will all her supporters go? Implicit in that query is game theory on where her Black supporters go, guided by an assumption that since she’s a Black candidate she’s naturally fielded some decent level of Black support. But, as we noted in an earlier B|E Note, there wasn’t a whole lot of Black voters in her corner to begin with.

Still, we can’t ignore significant shifts in Black voter mood have occurred in the week following Harris’ departure. This is the most important electorate in the Democratic primary. We’re looking primarily at two polls, Quinnipiac and YouGov.

In Quinnipiac’s Nov. 26th poll, Joe Biden enjoyed a rather formidable and unbeatable 43 percent Black voter level of support. Still, it should be noted that a full 22 percent of Black voters claimed they were undecided or in the “Don’t Know” column – the highest level of hesitancy among any major demographic group. 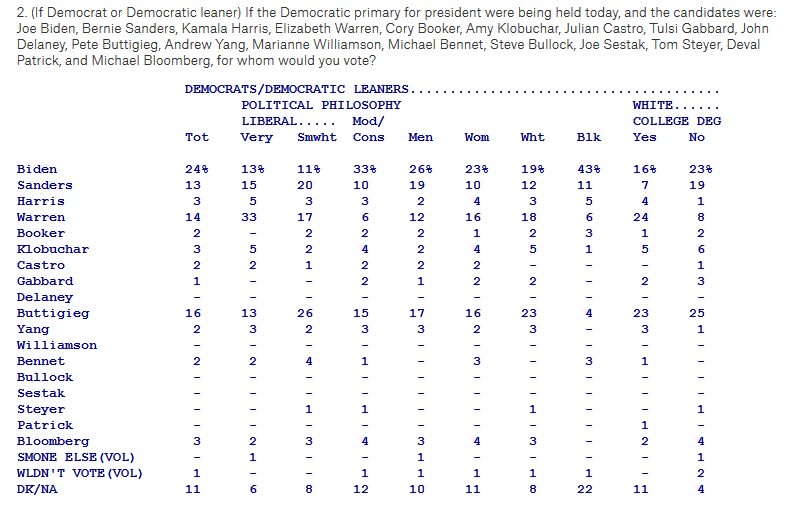 In the latest Dec. 10th Quinnipiac poll, however, Biden sees a noticeable 8 percentage point bump in Black voter support following Harris’ exit – but, we also see Black voter increases for Bernie Sanders (+2), Elizabeth Warren (+6) and Michael Bloomberg (+4). Additionally, there was a whopping 12 percentage point drop in the number of uncertain Black voters, now down to 10 percent who claim they “Don’t Know” who they’re voting for. It’s as if, in these polls, Harris’ exit offered an opportunity for some clarity among Black voters. 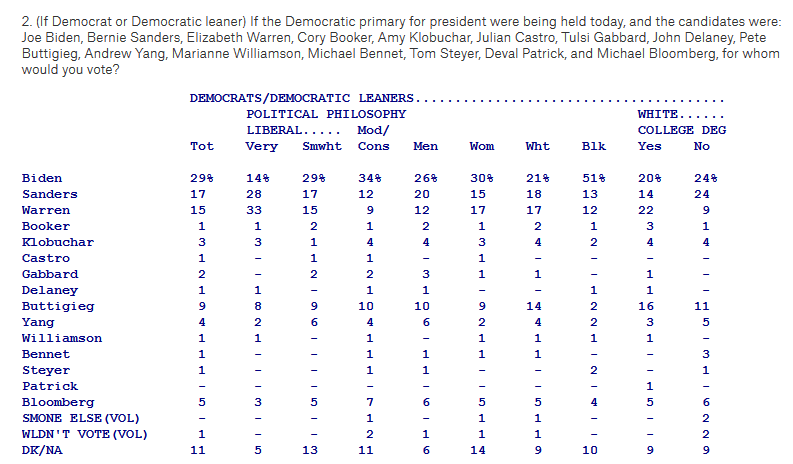 What’s also striking is that when Democratic candidates are matched up against Trump in a hypothetical general election match-up, Biden receives the most Black support when matched against Trump in 2020. In fact, there are higher numbers of Black voters (in the 10 percentage point plus range) who’d vote for Trump if the Democratic nominee were someone other than Biden. For example: only 7 percent of Black voters polled said they would vote for Trump if Biden were the nominee versus 11 percent against Sanders, 10 percent against Warren, and a very warning-sign 13 percent for Pete Buttigieg. Indeed, according to the Quinnipiac poll, if Buttigieg were the nominee, the highest percentage of Black voters compared to all other potential nominees would move to support Trump. Neither Peter Buttigieg or Amy Klobuchar reach the needed 80 percent Black voter support threshold that’s essential for a presidential cycle win. Here’s a look at the samples … 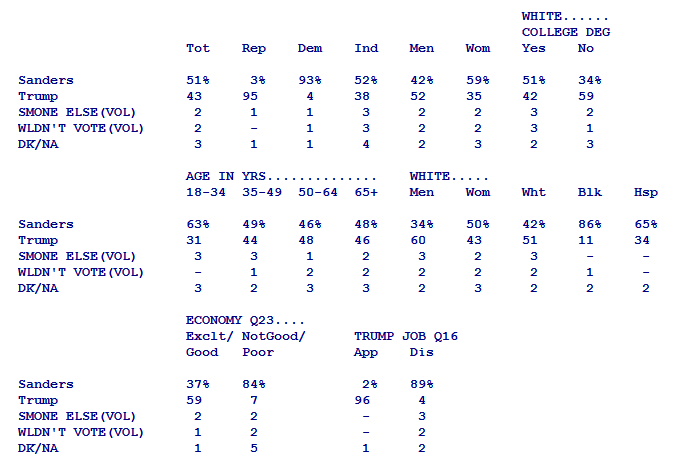 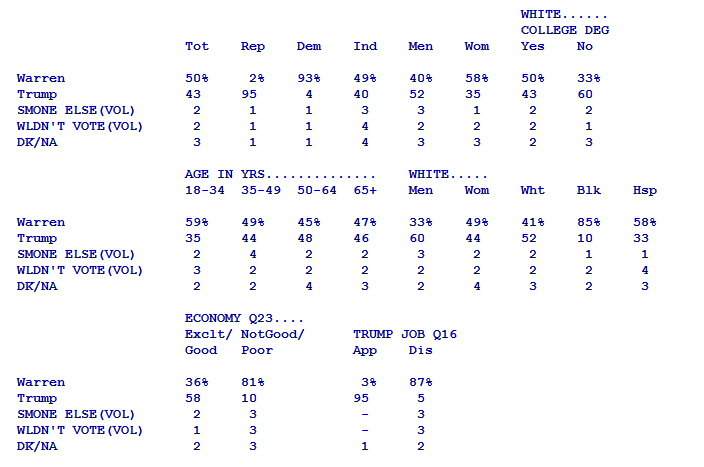 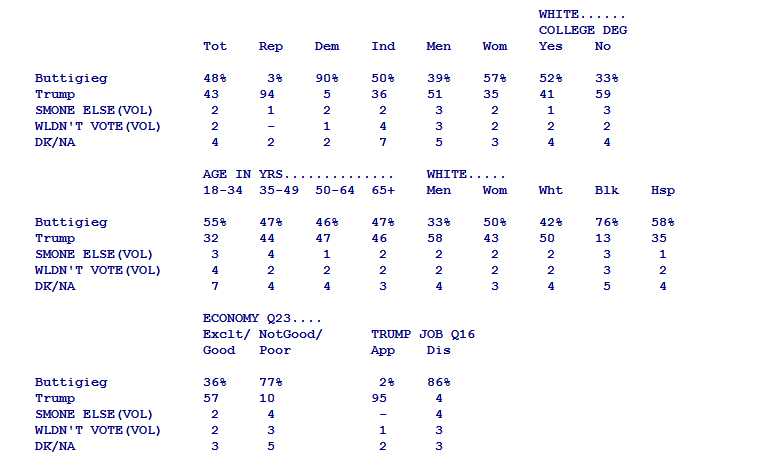 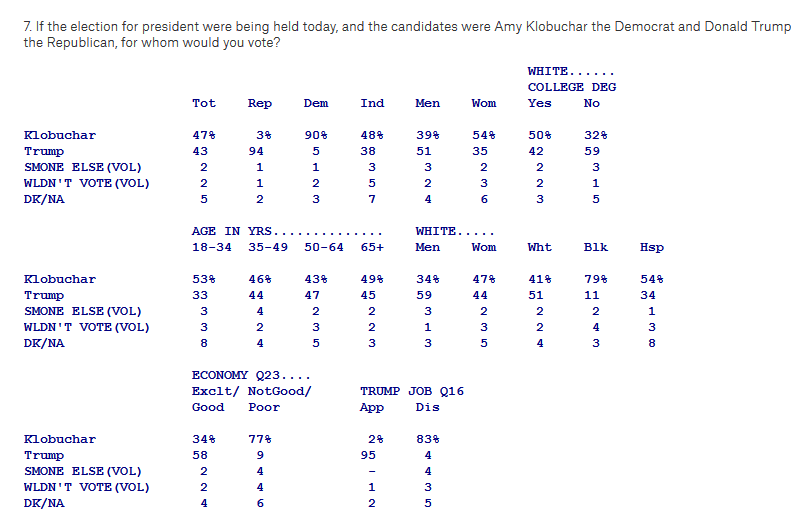 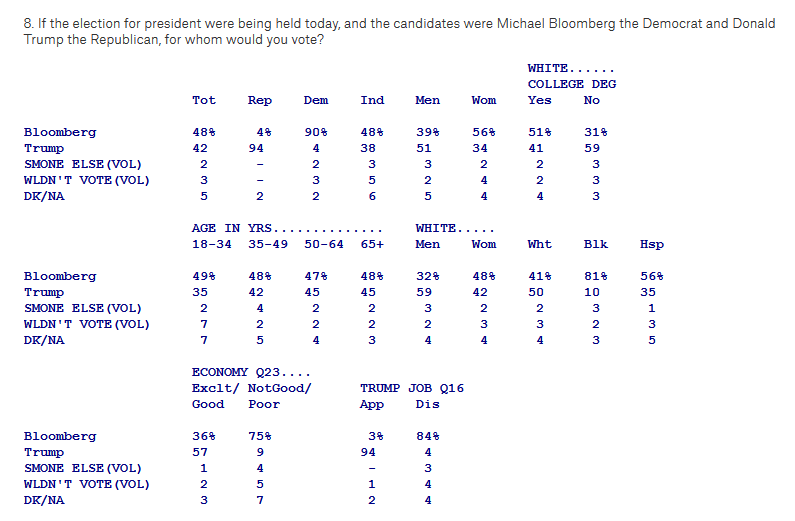 YouGov: Biden Loses Some; Castro, Bloomberg, and Patrick Gain Some

Examining YouGov polls over two weeks, we see some interesting choices by Black voters in ways that defy trends in the Quinnipiac poll and some conventional wisdom. Here’s the Dec. 1st – 3rd poll … 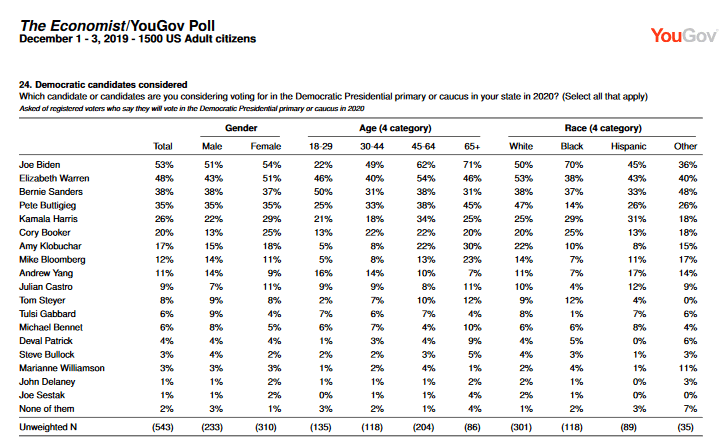 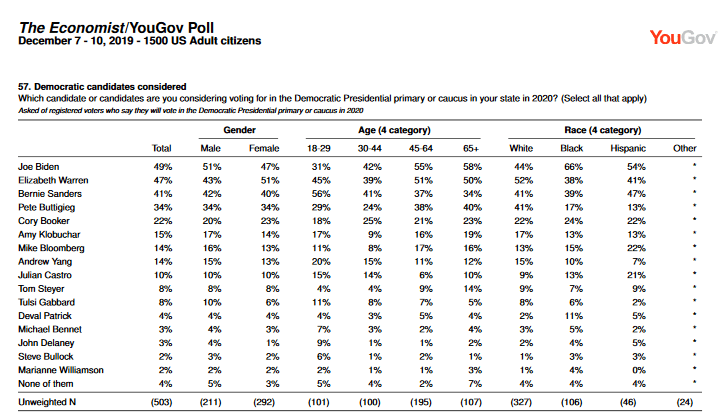 But, what’s interesting is how Julian Castro experiences the largest uptick in Black voter support since Harris exited the race: 9 percentage points. Also unexpected is a major 8 percentage point increase in Black voter support for former New York City Mayor Michael Bloomberg, even as he struggles to navigate criticism over his previous “stop and frisk” policies from when he was Mayor. Former Massachusetts Governor Deval Patrick, among one of two Black candidates remaining, also sees a significant rise of 6 percentage points.

The Untold Truths Behind Black Student Activism in the 1960s

Believe Me: It's Not the Trade War