Last Thursday, December 11, I had the pleasure of attending a launch party for upcoming urban platform, UiCulture. The event took place at the elaborate TCL Chinese Theater in Hollywood, California. UiCulture is an upcoming lifestyle and entertainment mobile platform that will reach socially conscious millennials. The release date for the app is scheduled for February 2016. 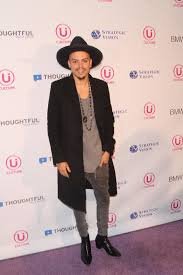 The Ui Culture APP curates the GOOD and COOL in music, fashion, food, and technology, and intersects with social issues, human interest stories, and philanthropy. Users will experience a wealth of content from urban centers around the world, live streaming, campaigns and a community-giving platform.

Hundreds showed up to support the launch and beginning of Ui CULTURE APP. The event created an immersive experience with a major presentation of the APP, along with live performances from Indie Pop Artist, The Golden Hippie, Philanthropist and Pop Artist, Kenna; Hip Hop artist Andy Mineo; and international DJ ARTY. The night was hosted by Wicked City and Hunger GamesActor and Singer, Evan Ross. The private preview began with a walk on the press filled purple carpet and a private VIP reception, 8 p.m. to 10 p.m. for a limited audience. At 10 pm, the after-party began with several hundreds of fans and consumers to experience the brand up close and personal for the first time.

“At the heart, this company solely exists to be a relevant voice to a striving generation. We are here to ignite and inspire them, show their creativity, love for humanity, innovation and thirst for a purpose. We are answering the call to bring good and cool together with entertainment in ways we have never seen before,” said creator Tyrone Davis.

Urban Icon is a branding and content studio with a vision to produce and distribute urban-inspired content. Ui Culture was created by Urban Icon to provide the creative ecosystem for urban inspirational content.