This world can drag us down and it also loves to swallow us up and spit us back out. This is why we have to stay grounded in faith, even when it’s hard! With that being said, this is what immediately drew me to former Harlem Globetrotters, Derick Grant’s recently released devotional, Results, which is highly needed in the times that we are living in.

After interviewing Mr. Grant, I had wrote a quote on my personal Instagram page that stated, “God will temporally put us in places that we need while we are on our journey of our purpose or seeking our purpose”, and often times, it can be painful. We will have to suffer, but in the end we will see that it was all worth it.

If you’re currently working at a place that may not be aligned with your purpose and/or you’re not being paid what you feel that you are worth or you’ve been tired of being in dead end relationships, whatever your “struggle” may be, remember that it is all for a better good. Be prepared to be inspired as you either listen or read the the interview with Derick below.

For those who may not know you or need a re-introduction, can you briefly introduce yourself to our audience? 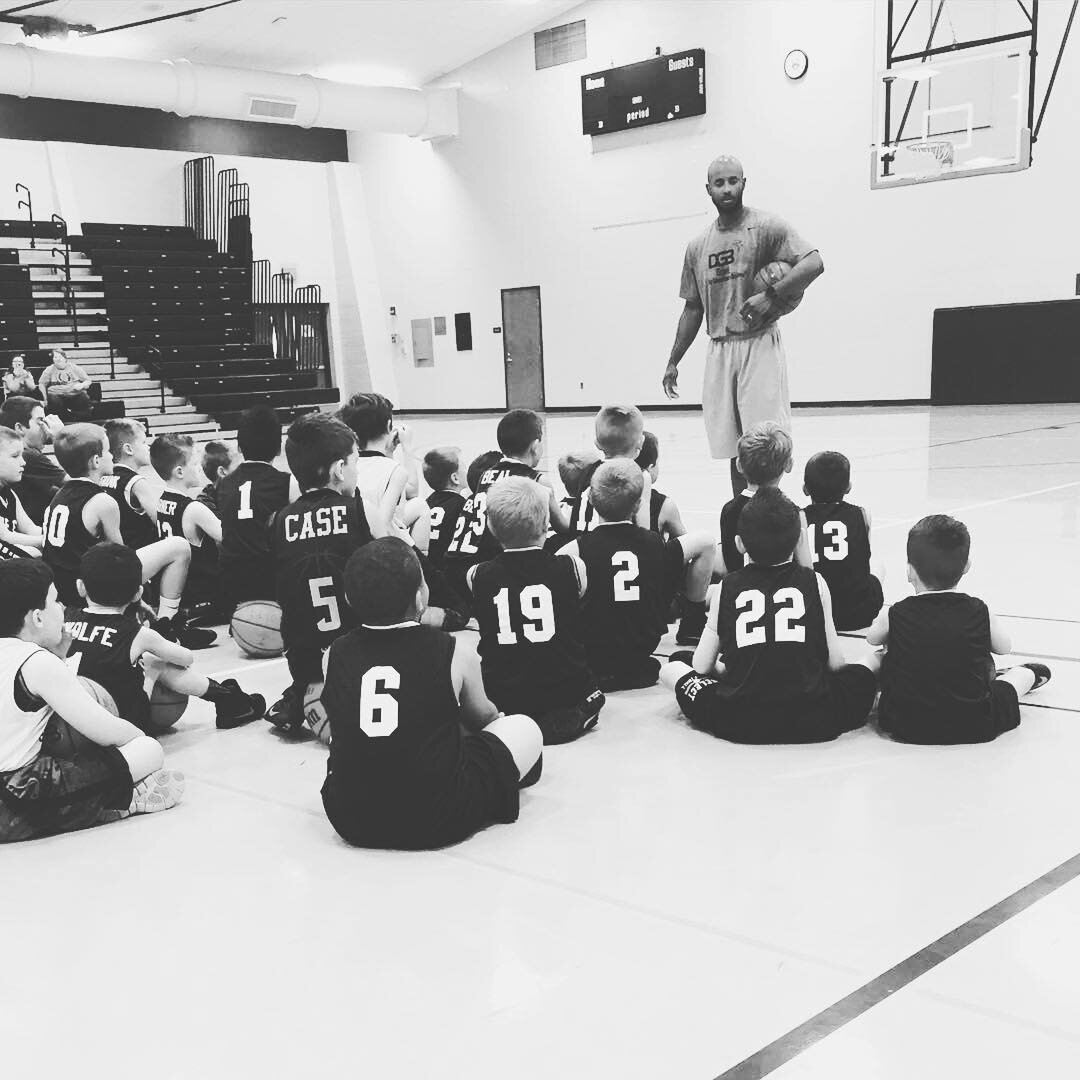 My name is Derick Grant. I am a former Harlem Globetrotters, now turned into a motivational speaker. I’ve recently written a devotional to give hope to athletes, not just athletes, but all all people to give them hope and inspiration through the foundation of Jesus Christ.

How was your journey playing with the Harlem Globetrotters? How did you get that opportunity?

Sure. I was just like any other kid growing up that has aspirations of being a professional basketball player. But ironically, I was introduced to basketball at the age of seven when I went to go see the Harlem Globetrotters and Rochester, New York. My parents took me and my brother, and they they bought me a little basketball from the game. That was really what sold me to the game. I played all through high school, college, and then had an opportunity to try out for them [Harlem Globetrotters] back in 2006.

And ironically enough, I live in Indiana and the trial was in Indianapolis. I came, tried out every day for three days and they said I made the team and the rest is history. Since I’ve been done with the Globetrotters, I’ve kind of been on this path of helping young athletes. I started a business where I would train little kids all the way up to NBA players, teaching them the skills of the game of basketball—-from teaching them on the court stuff to teaching them life skills and the life skills with biblical principles. I also started a Bible study with some kids that I trained that kind of led from that. You’ll have a coach, a team of 12 kids under my wind and have more time with them. From there, I went off to a business opportunity that I thought was going to be a great opportunity for my family. However, it ended up at the time being a really, really bad opportunity, and because of that, it’s put me on this path of I need to do more. 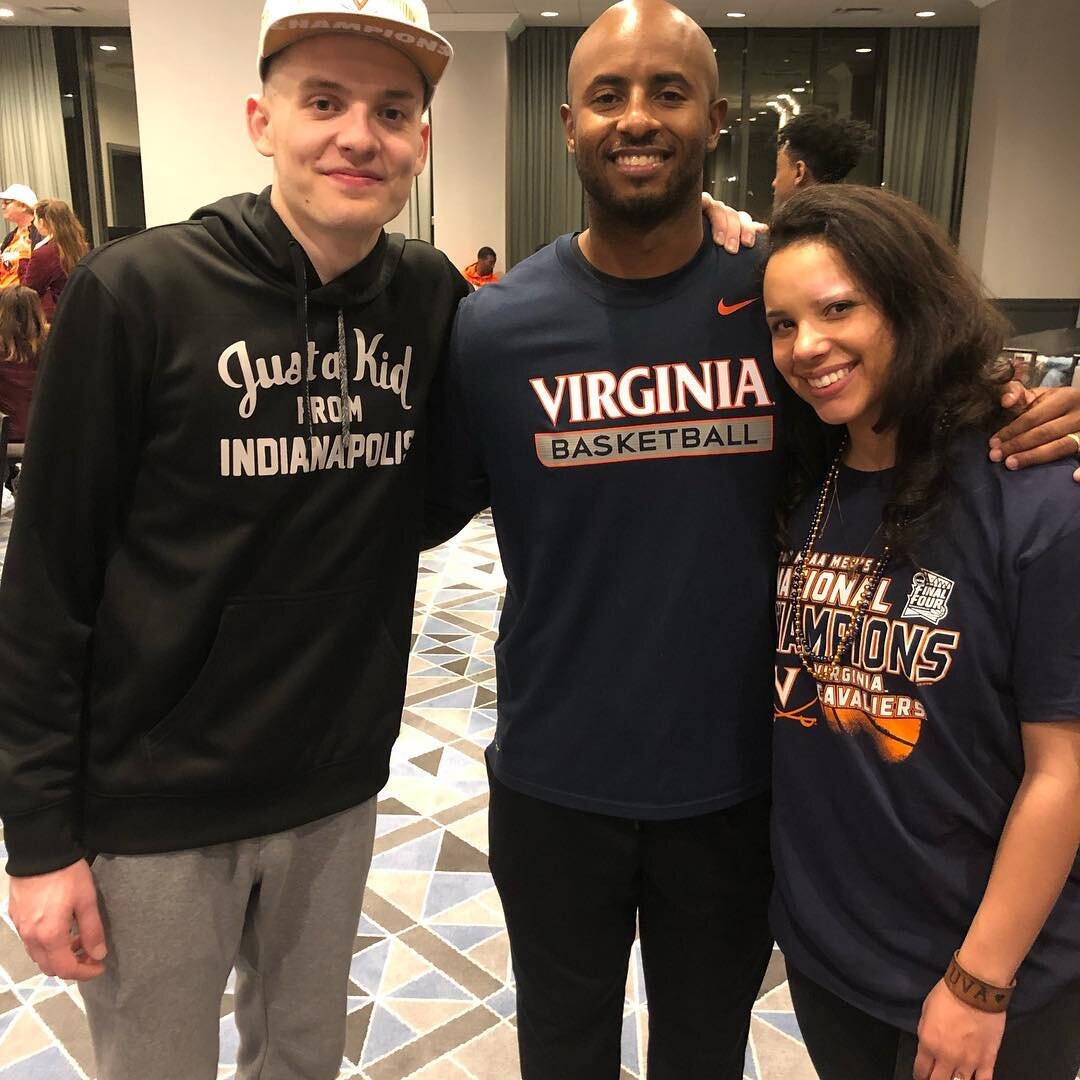 There was a time in my life where I felt as though I had lost hope and I had lost inspiration, and I had to go back, fall back on my foundation, and that was the Bible. That was Jesus. And I said, you know, I got it. I got to do more for the kids that I was training.

Last year, one of the kids went down the wrong path and it was because I was not around as much because my family had moved. Now he’s sitting in jail for murder. This kid was an honor roll student. He was on the homecoming court and had baseball scholarship opportunities. His mother had said, ‘Mr. Grant, I wanted to call you, but I didn’t want to bother you when I saw my son was going down the wrong path.’ And that there, really, I mean really broke my heart, but I said I have to do more, and that’s when I started writing this devotional.

That is a heart-wrenching story, which leads me into my next question. When you wrote your devotional you were going through one of the toughest times in your life. Also, this year mental illness has been a huge topic of discussion, especially within communities of color, and I know you also dealt with mental issues yourself. How can the devotional help others overcome mental illness and how did writing the devotional help you?

Mental illness is tough because someone who’s suffering from mental illness, you look at them on the outside and they look quite normal. They look fine. And you know, this is something I struggled with my family members. Like, you look at them, they all look the same, but then you realize they’re no different than someone else who are struggling with something. But it’s inside instead of mostly outside.

In my devotional I stated that I just want to give hope. I know how it feels when you don’t have hope. And as a human being, if you don’t have hope and you can’t have faith, if you can’t have faith, it’s going to be really hard to have a relationship with Jesus. So I kind of wanted to bridge the gap and use instances in my life. All one hundred entries in the devotional are real life things that have happened in my life. I want to show this is how you keep going when it seems like the walls are caving in on you and it’s bleak and you feel as though you’re by yourself. I want people to know that Jesus loves you and He’ll never leave you in your seat. He hasn’t left you, so that’s that’s kind of the gist of why I wrote it the way I did.

That is powerful! What can we except from the devotional? How is it different from other devotionals out there?

When I wrote my devotional, I was extremely transparent and vulnerable. I talk about when I unexpectedly got fired from the Harlem Globetrotters and my income and health benefits and everything was taken away at a moment’s notice. I purposely was transparent and vulnerable because I wanted people to be able to relate. In Romans 5: 3-5, it say’s, ‘Rejoice in grief. Suffering produces perseverance; perseverance, character; and character, hope.’ I have to be able to endure suffering. We always want to skip the suffering part. 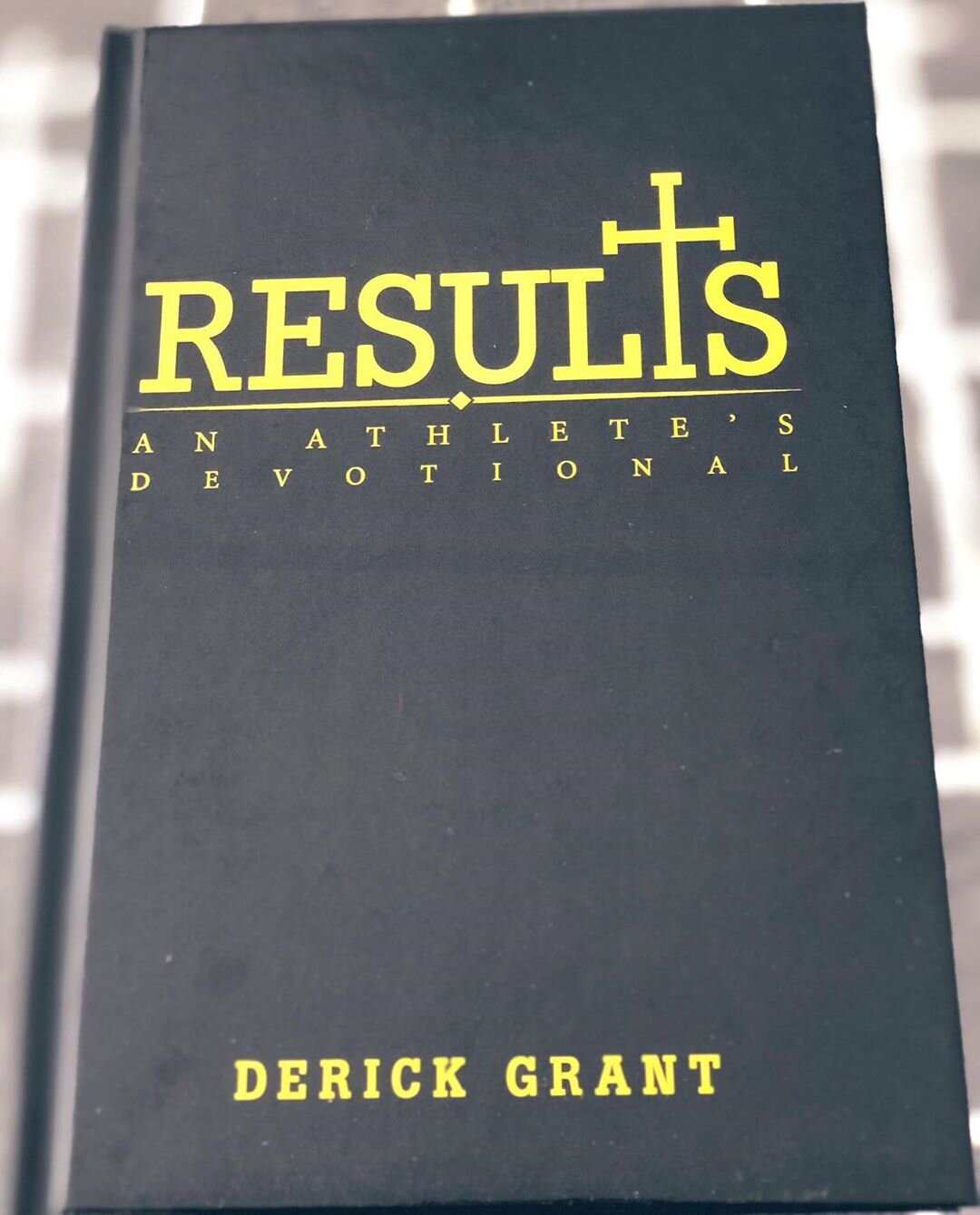 I’ve made sure with this devotional that i would be transparent and vulnerable to show and get people to relate to me. I don’t want people to only see the different countries that I traveled to or the different TV shows that I’ve been on, but I want them to say, ‘Wow, I suffered with the same stuff he went through and he made it through, so I will be able to make it through too’. That’s that’s my goal. That’s what I hope.

I love how you talk about the importance of God’s plan. What’s your advice to those on how to how they can keep their hope alive, especially those who were raised in the church, but maybe strayed away because things weren’t going as they have prayed for or have taken too long?

Right. I think the big thing to understand is, it took me a little while to understand this, And it wasn’t until I went through tough times and I made it through, but all things work for the good of those who believe, and this is the analogy I use on Good Friday. Now we all celebrate Good Friday, that leads into Easter. Well, there was a point in time when Good Friday wasn’t good. I’m sure on Saturday, after Jesus was crucified, people weren’t celebrating. The disciples, they weren’t excited. It wasn’t until Sunday that they realized, ‘Oh, this was this had to happen this way’. I’ve had instances in my life where it’s been it’s been tough and it’s been really hard, and then I made it through the storm. I made it through. As I look back, I see why it turned out the way it did and I’m thankful.

I’m thankful for the way it happened. So I just try to remind people that all things work for the good of those who believe in them. And while it may seem bad right now, He’s doing His part of His plan for you to bring Him glory. This is during your Good Friday, you have to just to make it to Easter. And it all makes sense, right?

I definitely agree. As we go into 2020, do you have any speaking engagements or book signings coming up?

I do. I’ll be a keynote speaker at a Martin Luther program on Martin Luther King Day in Anderson, Indiana at the historical Paramount Theater. I’m also going to be part of the Church of God Ministries regional conferences here in April, and in Inglewood, California and Anderson, Indiana in July and then in Brooklyn, New York in September. I’ll be leading a forum on racial reconciliation within the church and what we can do as Christians to to bring races together.

If you go to my website, derickgrantspeaks.com, you’ll be able to send an email and find out my schedule to possibly have me speak and come to a live location near you.

Perfect. You briefly mentioned race reconciliation on the church, which is an interesting topic. We have our black churches over here and then our white churches over there. So, why is it important that we fix this race issue within the church?

I agree. That’s highly important. If a parent wanted to get their child involved in the Derrick Grant basketball organization, how can they do that?

They can go to derickgrantbasketball.com and contact me on there.

Perfect! Since you already gave us your websites, for the millennials out there, are you on social media?

Thank you so much, Derrick. Before we wrap up, is there any other last remarks or comments that you feel our readers should know that we probably didn’t cover?

To order your copy of the ‘100 Day Devotional Results’ please click here. 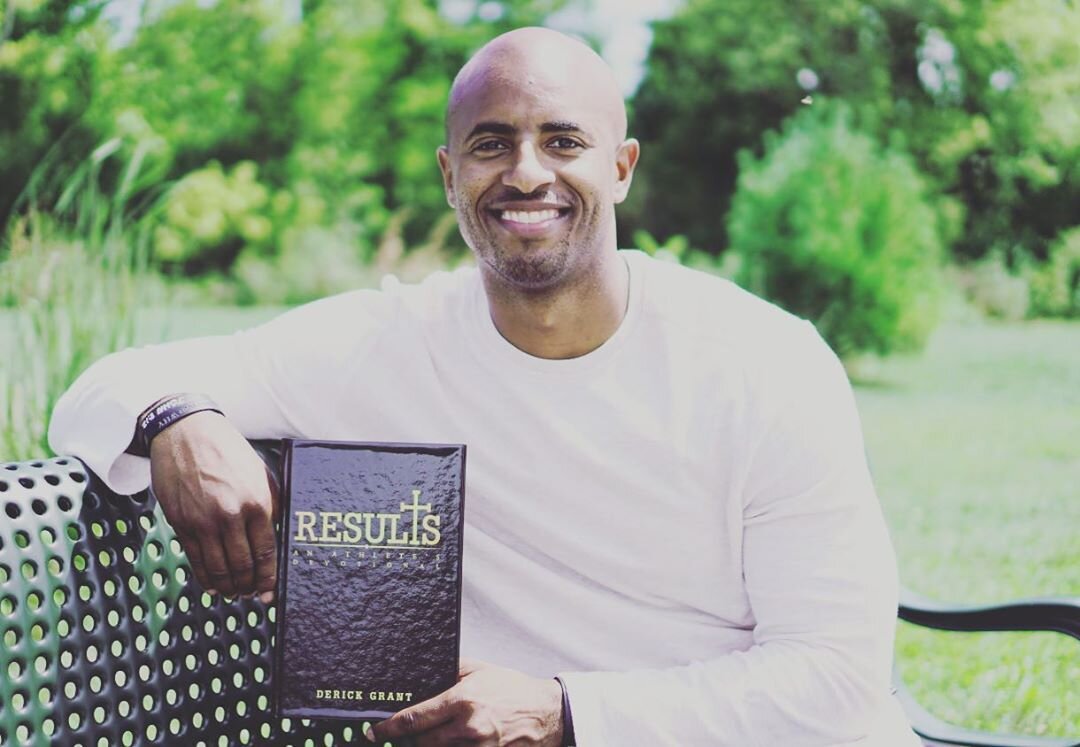