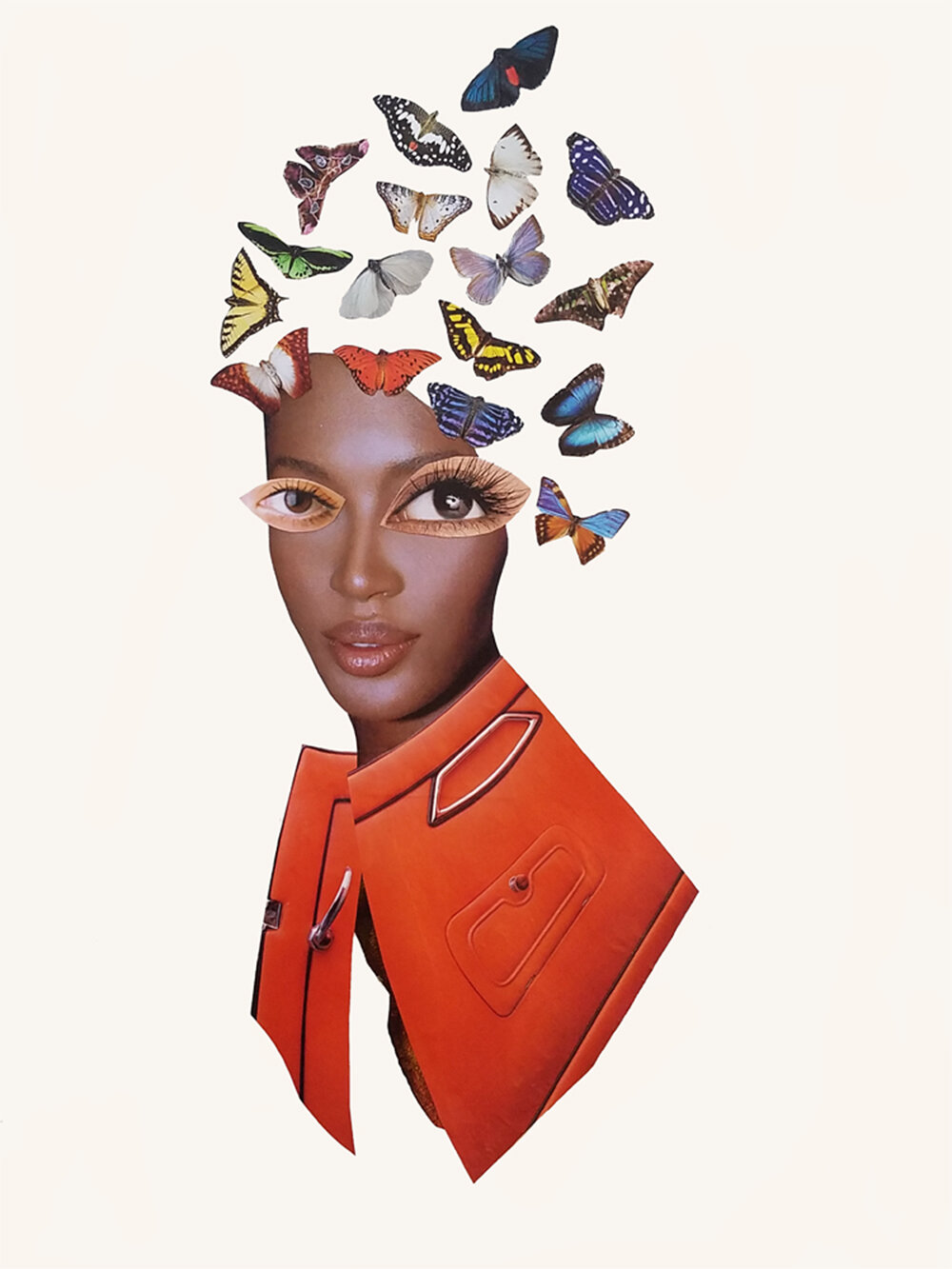 Band of Vices Art Gallery is thrilled to announce You Is Pretty!, the first solo exhibition of Chelle Barbour. Oscar-nominated actress Angela Bassett is pleased to serve as guest curator for Ms. Barbour’s premiere solo exhibition. You Is Pretty! will feature nearly two dozen photographic collages of black women, sourced from magazines and books, and re-assembled as almost mythical beings that transcend the devalued representations historically broadcast in our culture and media. “Chelle Barbour has the rare artistic gift of being able to elevate a people, in this case the black woman, to heights of majesty and complexity that are so often overlooked in our everyday lives,” says Bassett.

“I have created a corpus of artwork that engenders questions about agency and beauty through layering visual metaphors across an iconography of black women that evoke Afro-surrealism,” says Barbour in her artist statement. “

Though at times, the design elements may seem illogical and incongruent as they reimagine and celebrate hybrids of black female identity as mighty warriors, protagonists, sages, and interlocutors, the images portray females who are alluring, confident and regal, whose mystique envelops and draws you in while simultaneously disrupting the notion of black women as unattractive, threatening, and lacking economic value.

These fictional beings are compelling, yet feminine and non-binary as well as vulnerable, and resistant to trauma.”

With recurring visual motifs of flower petals and leaves, butterflies, and household and industrial items, the images of black women are reclaimed and reconfigured as empowered archetypes of feminine strength and potential, work that is almost visceral for the artist. “During my creative process, I am endlessly questioning the representation and subjectivity of every image, element, and layer, which calls for an ongoing reinterpretation of inserted allegories while moving deeper into expanding the magical realism in the black female imaginary,” explains Barbour.

This is the first solo show of her career.